A school for parents of trans children opens in Guadalajara

Impulso Trans’s school for people with trans relatives, kicked off July 25th with a discussion titled: «How do I support my trans child?» The school is a space for dialogue and reflection, which are both necessary in Mexico, where discrimination and transphobic crimes are everyday occurrences.

JALISCO–The relationships and acceptance that transgendered people form in their inner and family circles are fundamental for their development and transition. However, these relationships aren’t always enough, as a survey by Mexico’s National Human Rights Commission demonstrated in 2018. The results were visible: 40 percent of trans men interviewed stated that their family didn’t even talk about or accept their gender identity, and 34 percent of trans women reported the same.

This is why Impulso Trans deemed it necessary to offer important information for parents of trans youth who want to learn how to support and stand by their children in their homes. A series of talks, forming something similar to a «school» for parents, started on July 25th with the first discussion: «How do I support my trans child?»

In this space, they were able to share their experiences as a group, talking about what they’ve lived and learned with their child. The discussion was hosted by Natalia de Alba and Romario Araiza, who are both psychologists specialized in sexual nonconformity and other related topics.

During the talk, Romario Araiza spoke about misgendering and how this practice can turn into abuse, even from a family member. Misgendering occurs when someone insists on calling a person by their imposed pronoun and not their chosen one: she, he, or they (ella, él, or elle in Spanish).

Natalia de Alba stated that a secure family circle is essential for their children, and even more so on a path of transition and acceptance of their identity:

«It’s important for trans people to live their transition around people that make them feel safe, loved and supported. I think that family is an extremely important pillar in the expression of their identity. It’s been proven on many occasions that when a person enters a process of transition with their loved ones by their side, risk factors like depression, anxiety, discrimination and suicide are all reduced.»

During the session they learned about the difference between sexual orientation and gender identity. They also shared their parental experiences as mothers and fathers of trans children; what they’ve gone through and, most importantly, what they’ve learned in the process. This led to recognition that everyone’s process is different, and that goes for their children as well as for them.

How do we care for trans children in a transphobic country?

Safety was a recurring theme throughout the talk. One parent shared a persistant fear they live with, knowing that their daughter is a trans woman in a country that continually violates them, from discrimination to physical violence.

«How can they go out into the world when everyone will be pointing at them? How do I protect her?» one parent asked. 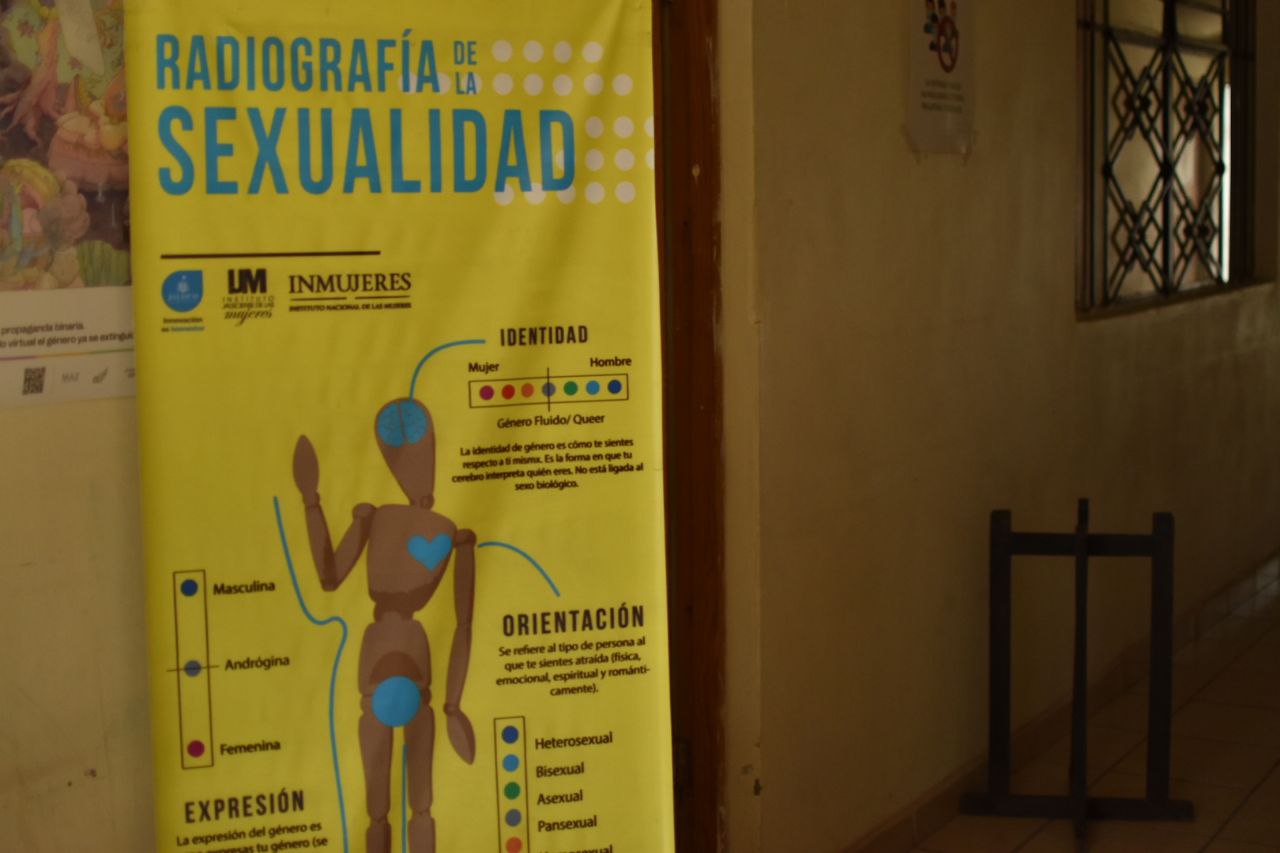 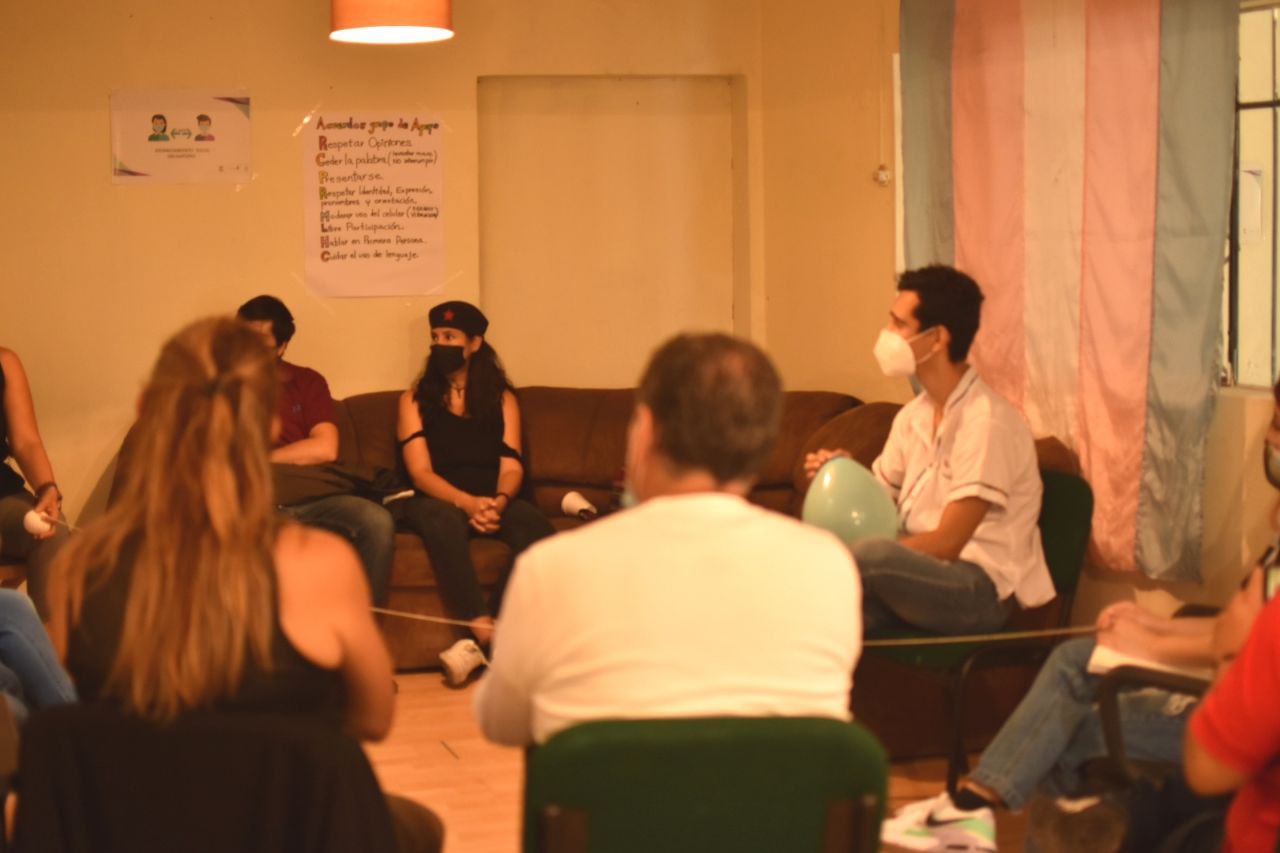 Elena Plascencia, one of the mothers in attendance, stated that she and her family have gone through a complicated, question-filled process since her daughter recently came out as a trans woman. However, as her mother, she’s tried to accept the news and understand her.

«It’s been complicated, days spent crying, reflecting, apologizing, but we’re on our path. What’s most important is that we now have a group of parents going through the same thing, with many questions, doubt, and guilt, but also the desire to see our kids happy,» Elena added.

Izack Alberto Zacarías, a transgendered man, lawyer and current president of the organization, mentioned that there’s an evident lack of information around problems that concern trans people in general. This, in his opinion, means that to this day, the state hasn’t made up for this lack, which could guarantee advances in understanding the realities that this population faces. He also mentioned that Impulso Trans has worked to collect statistics based on members of the association, which has shown so far that around 75 to 80 percent of members don’t feel fully supported by their families.

«We’ve started the school for families because many trans people are met with violence or face discrimination at home. We know that if you end up on the street, things can get much more complicated. From our experience, when the family is present, even if they don’t understand it or misgender, they’re there. The transitions are much smoother and more tolerable,» the activist stated.

Because of this, the organization thinks it’s important for families to have access to information and to work on certain topics.

«It’s complicated for moms and dads because they were raised a certain way, they were told how things should be, and all of a sudden their child comes in and knocks all of that down. This is complex for some families.»

He emphasized the importance of support, accompaniment and protection that parents should provide to trans children, especially if they face ongoing violence, discrimination and violations of their rights outside of the home. Zacarías says, « kids shouldn’t be kicked out of their homes, because this could expose them to different kinds of assault or psychological violence, or not having their names and/or pronouns respected.»

«When they don’t feel support from their family, you leave them totally vulnerable. Even as adults, family ties are still important,» the activist added.

What’s complicated about the topic is cultural teachings, Izack says. For example, «we’ve been taught to tolerate aggression from our mother, father, or any other family member just to maintain the relationship.» However, he adds, this «should be broken,» Since the home can be the first place where trans people are violated, where these kinds of violence are normalized, it can create a situation in which trans kids don’t recognize these acts as violence and won’t denounce them if they take place later.

With regard to the role that the school plays for mothers, fathers, and families with trans kids, Romario Araiza emphasized that it’s not his job to bombard them with facts and information, but rather to stand by them and guide them.

«It touches us that are sharing their strategies: how I cared for my daughter, how it was better for me to see myself in that person. That’s the purpose of the group, for these families to support each other. Although we can guide them as therapists, at the end of the day, our group seeks to be a space where families can lean on each other; which helps parents stand by each other, and that they themselves share strategies from the paths they’ve already taken.» 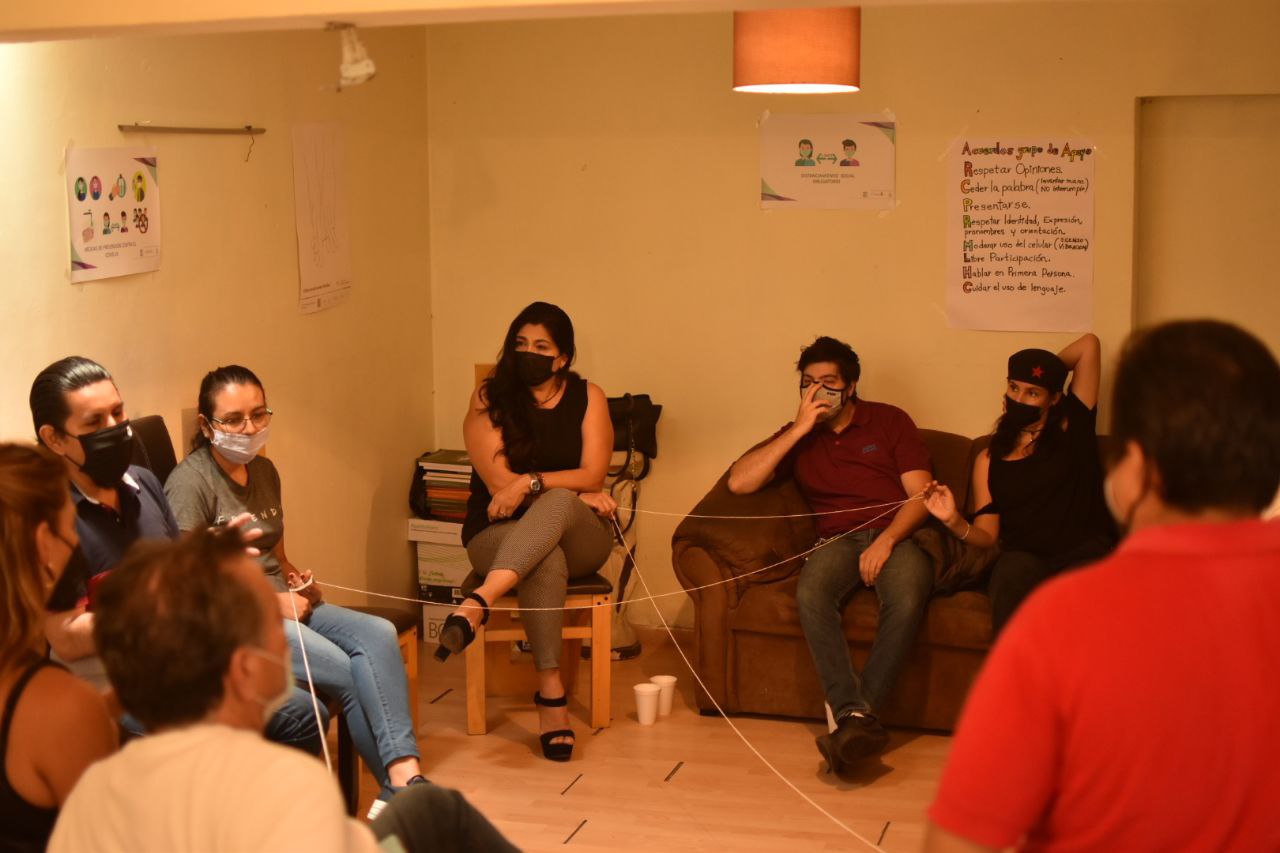 In sessions to come, topics related to the issues concerning families will be discussed: hormones, types of masculinity, ways to share information with the rest of the family, legal information for name changes on birth certificates, and medical information for children who want to change certain aspects of their body.

The talks, in addition to being held in-person, may eventually also be transmitted online, keeping in mind the people that need the service but may live in areas far from Guadalajara’s metropolitan area.

So far, each session has taken place on the third Sunday of every month at 10 a.m. There is no cost or fixed price for attendees, instead, the organization requests voluntary donations for those able to give.

Impulso Trans is a civil association that fights for the rights of the trans population in Jalisco through the creation of safe spaces for their free development. They’ve been working for eight years in order to:

«Achieve a strengthening of trans people: transgender, transsexual, transvestite, intersex and LGBQ+ through convenient, truthful and reliable information; generate strategies that promote visibility and inclusion in health, work, educational and social spaces; and influence the creation of public policy, all through a lens of equality and nondiscrimination, integrating a gender-based and human rights perspective.»

Impulso Trans offers five different forms of support for trans people. One is counseling, where folks are guided through their transition, especially for those that have recently introduced new pronouns, shared their identity with family and friends, or undergone other aspects of the process that will remain present in various stages of their lives. They also offer assistance with medical paperwork, legal guidance, work connections, and socialization opportunities.

To join the school for relatives, Impulso Trans can be reached directly at +523310382509, or via their Facebook page, which also includes information on the many services offered. 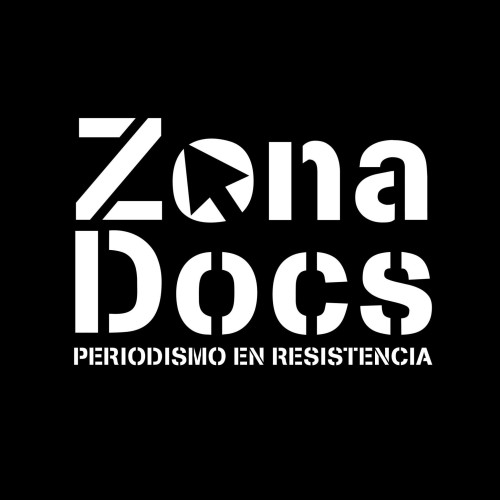